What is Reflex Sympathetic Dystrophy? 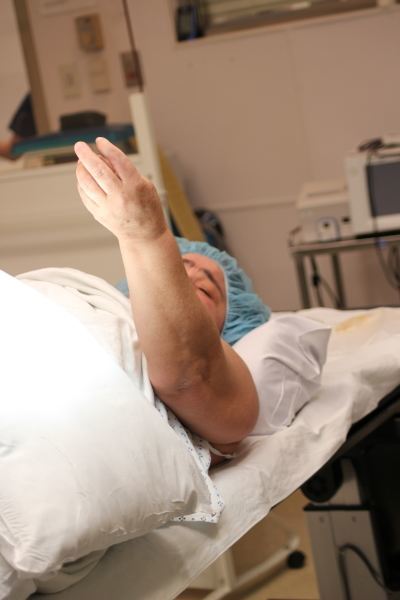 At the onset of the condition, patients generally report symptoms of pain, swelling, and redness. Other symptoms that can occur at the onset include touch or cold sensitivities. As with many other chronic pain conditions, emotional stress is known to cause exacerbations in symptomatology. Should patients experience ongoing symptoms of pain associated with reflex sympathetic dystrophy, they are at an increased risk for irreversible damage. Symptoms that are believed to indicate that the patient has sustained irreversible damage can include changes in skin color (particularly loss of color or pale skin), skin feeling cool to the touch, muscle tightening, and muscle spasms. 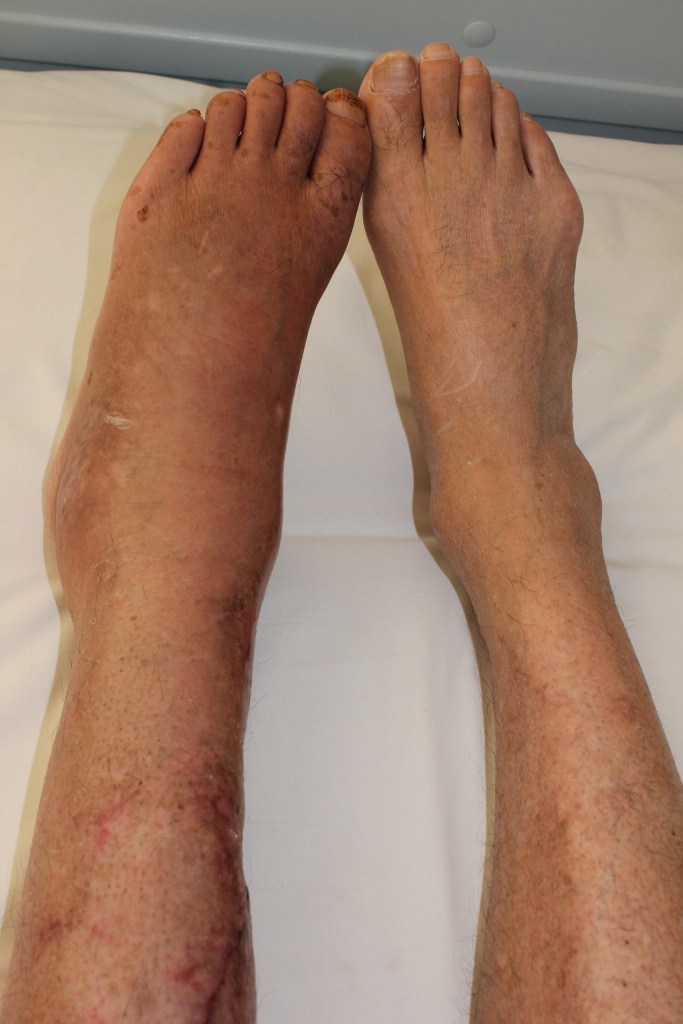 Nerve damage is believed to be at the root of the symptoms of reflex sympathetic dystrophy. This nerve damage is thought to arise from stroke, heart attack, surgery, or other serious injury, such as a spinal injury. Thus, nerve inflammation and damage resulting from these causes is thought to lead to severe and persistent pain associated with reflex sympathetic dystrophy.

Thus, reflex sympathetic dystrophy is a neurologic pain condition that is primarily associated with the sympathetic nervous system. For instance, tiny nerve fibers that transmit pain information can become irritated, inflamed, and damaged, causing them to send exaggerated signals of pain to the brain. Further, when the nerve becomes inflamed, this can lead to damage to the blood vessels (e.g., constriction, dilation, or even fluid leakage). Changes in the blood vessels are believed to explain symptoms of discomfort and pain within the extremities. Further, the muscles within this area can become deprived of oxygen, which then leads to muscle damage and additional pain.

In cases where there is no known injury that is believed to be the source of the pain, a blood vessel problem, infection, or even nerve entrapment may be the actual cause for the patient’s symptoms. Very limited data exists that suggests there is a genetic component to reflex sympathetic dystrophy.

Patients are strongly encouraged to speak with their physician regarding their symptoms of pain associated with reflex sympathetic dystrophy. Patients who are in the early stages of the condition may benefit significantly from physical therapy. These patients may experience a significant reduction in the pain and discomfort, along with reductions in poor circulation, muscle stiffness, inflexibility, and loss of muscle tone that is associated with reflex sympathetic dystrophy. By undergoing a course in physical therapy at the onset of the condition, patients may actually significantly reduce the risk for developing long-term difficulties associated with the condition. 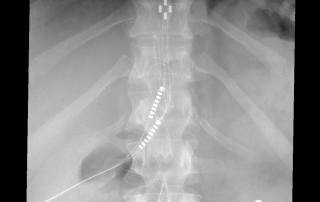 In terms of patients who report that their pain has not been responsive to over-the-counter pain medications, it may be recommended that they try more aggressive pain management techniques. For instance, opioid medications, such as codeine, may be prescribed for patients needing short-term relief from the pain of reflex sympathetic dystrophy. These medications act by binding to the opioid receptors within the brain and have received extensive support for their effectiveness in reducing pain. There are significant risks, however, associated with the use of opioids, particularly long-term. These risks include the potential for addiction; in other words, patients may become psychologically or physically dependent on them.

Given that this condition is also associated with significant and chronic pain, many cases may not be alleviated with these methods. Thus, other options such as spinal cord stimulation or intrathecal pump implants are available for more long-term pain management. Spinal cord stimulation involves delivering an electrical impulse near the spinal column, which then acts to block the pain signal from traveling to the brain. Similarly, the intrathecal pump implant delivers pain-relieving medication into the area surrounding the spinal cord. In much the same way, this method blocks the transmission of pain signals to provide patients with significant pain relief.

Alternative and complementary pain management techniques are also available. These can include biofeedback training, relaxation training, and acupuncture. These methods have received some support in terms of their effectiveness in helping patients manage chronic pain, particularly when used in conjunction with other therapies.