What is Hammer Toe?

Hammer toe is a deformity of the bones of one or more of the toes. It mostly affects the joints between these bones, (which conform to the same basic plan as those of the fingers) particularly those nearest the main part of the foot. This causes toes to appear to “curl” above the nails. Hammer toe is usually seen in the second, third, and/or fourth digits of the foot. It is not always accompanied by pain, but many people with the condition experience it constantly. Hammer toe, as with all conditions that affect the shape of toes, can also affect normal walking and movement. 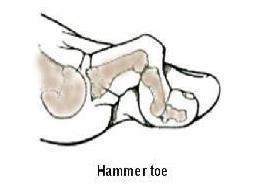 Many cases of hammer toe occur in people who regularly wear shoes with very high heels or shoes that are also too tight. Ill fitted and high heeled shoes can cause joints to become deformed due to the abnormal stress that is put on them. If pain results, it usually (but not always) abates with time, particularly if better footwear is worn instead.

Some genetic disorders, such as Friedrich’s ataxia, cause deformities in the bones (and muscles) of the foot, including painful hammer toe. Arthritis, an autoimmune condition causing inflammation in joints, is also associated with hammer toe. A type of nerve damage called neuropathy can cause disproportionate pain from hammer toe, as the neural tissue sends abnormal signals to the brain. Neuropathy is associated with many diseases, including diabetes. 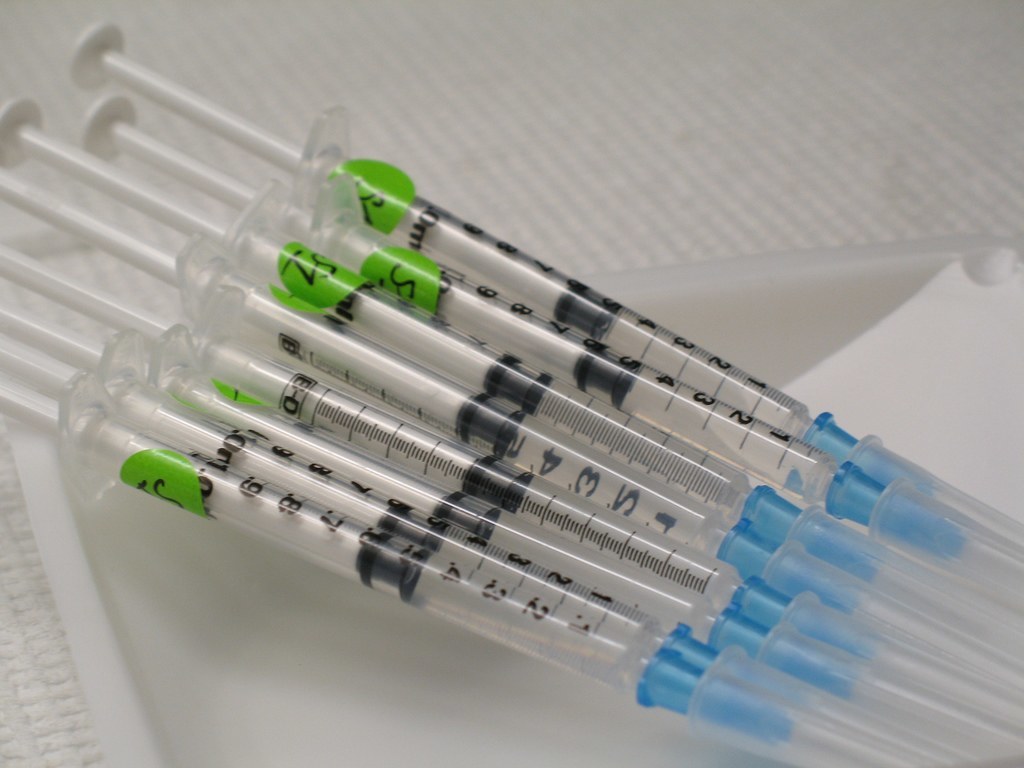 Spinal nerves, located in the lower back, control the sensory and pain signals from the toes to the brain. Chronic hammer toe-related pain that does not respond to first-line treatment can be addressed by targeting these nerves directly. A procedure to do this is a nerve-blocking injection. The relevant nerve is located using imaging techniques, such as fluoroscopy. The area of the back above the nerve is numbed, and a needle is then inserted in order to deliver drugs that inhibit pain signaling. These are local anesthetics (e.g. bupivacaine) and steroids that treat the inflammation that is often associated with pain.

Nerve blocks are widely used in professional pain management environments, are largely safe, and effectively relieve pain for a number of weeks post-injection. The risks of nerve blocks include adverse drug reactions and accidental blood vessel injection. These cause discomfort, numbness, and respiratory depression in severe cases. Steroids can also cause unwanted side-effects, such as irritability, stomach ulcers, weight gain, and weakened immune system responses.

If nerve blocks fail to produce the expected relief from hammer toe pain, radiofrequency ablation (RFA) of the spinal nerve can be considered. RFA is the application of a radiofrequency probe to specific areas of the nerve that transmit pain signals. RFA can disrupt the function of these areas and block them more effectively. These procedures also include the use of imaging equipment to accurately locate the part of the nerve to be targeted. The effects of RFA can last for several months. The incidence of risks associated with RFA is low, but can include discomfort, bleeding, and infection at the probe insertion site. There are also rare cases of long-term loss of sensation and paralysis due to errors made during an RFA procedure.

Another treatment option called spinal cord stimulation (SCS) involves the implantation of thin, soft, flexible implants through the skin into the vicinity of the nerve in question. They are connected by thin leads to a hand-held control device that the patient can operate themselves. Pain relief is elicited by mild electrical impulses that override the pain signals transmitted by the nerve. The impulses are emitted by the SCS implants when the patient activates the controller. The risks of SCS are similar to those associated with RFA. In addition, implant failure can cause an amplification of pain signals, rather than the reverse. SCS is associated with several months of pain relief in trials on hammer toe pain caused by genetic disease. 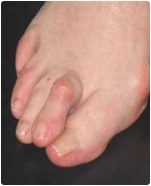 Hammer toe is a deformity of the feet. It is mostly seen in the joints of the bones of the middle three toes, resulting in “curled” toes. It is often a result of habitually wearing tight and/or high-heeled shoes. Certain genetic disorders also cause hammer toe accompanied by chronic pain. It is also associated with disorders that cause neuropathy or inflammation. Painful hammer toe can be treated by nerve blocks, radiofrequency ablation, or spinal cord stimulation directed at the major nerves involved in this condition.