What is Hip Bursitis? 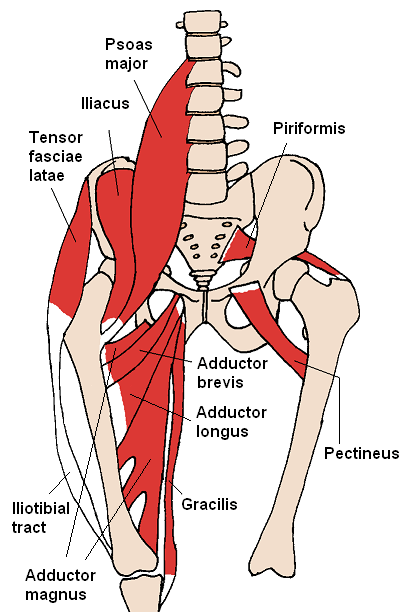 A bursa is a protective enclosure around a joint, filled with fluid to protect the muscles and tendons from the bones. Bursitis is a condition in which this structure becomes irritated or inflamed. It is most often seen in shoulders or elbows. Bursitis is common in adults, though they rarely seek treatment for it.

Bursitis also occurs in hip joints, in two main forms. Iliopsoas bursitis, often called “tendon-snapping syndrome” is an inflammation of the bursa near the iliopsoas tendon of the hip. It is widespread in younger adults, particularly women. A snapping may be heard or felt from inflamed tissues snapping over other muscles or bones of the joint during hip motion. Trochanteric bursitis is inflammation of another hip bursa; that located above the greater trochanter muscle, and may also cause snapping during hip movement. Trochanteric bursitis is reported to occur in over 30% of adults, mostly in those 40 to 60 years of age. This type of bursitis appears to occur in men and women equally. 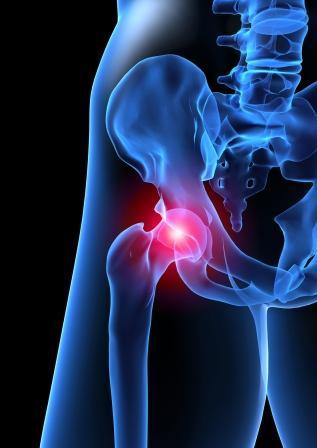 Bursitis, in general, is usually caused by mechanical damage to the joint. This occurs as a result of regular overuse of the hip; often an occupational hazard. Rheumatoid arthritis, a condition in which joints and surrounding tissue are chronically inflamed, is another main cause of hip bursitis. It can also be associated with other disorders that cause inflammation, such as gout or infection. The risk of hip bursitis increases with age, improper or excessive stretching of the joint, and poor posture. Other conditions such as diabetes and thyroid disorder may also increase the likelihood of developing hip bursitis.

More specifically, iliopsoas bursitis is largely caused by acute or occupational trauma and sports-related injuries. Often, the iliopsoas tendon causes deterioration to its bursa in response to repetitive hyperflexion (or overuse) of the joint. This type of hip bursitis is often seen in those engaged in high-volume athletic or resistance training. Symptoms include radiating groin pain, tendon-snapping, and pain when moving the hips into a sitting position. Iliopsoas bursitis is diagnosed by the Thomas test, and if there is evidence of snapping of the tendon in question.

Rest and avoiding repetitive motion is a good way to control hip bursitis. Some light physical therapy, in the form of stretching and strengthening exercises, can also aid recovery from bursitis-related pain. Pharmacological treatment for hip bursitis includes non-steroidal anti-inflammatory drugs (NSAIDs). If bursitis is resistant to these treatment options, it may be addressed with injections of steroids into the hip joint. If bursitis is a result of spinal or skeletal abnormalities, chiropractic intervention can also help to reduce pain.

In cases that are not resolved by any of these, surgical interventions such as joint or muscle repair, and even bursectomy (in which badly damaged or inflamed bursa is removed altogether) may need to be considered. 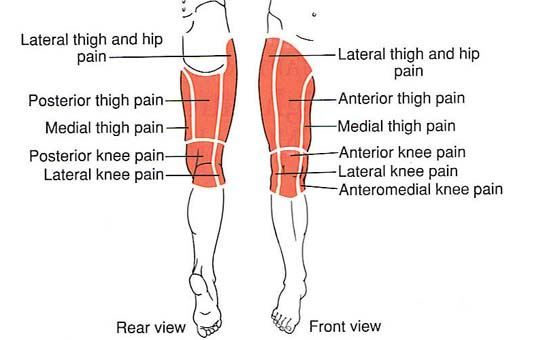 Hip bursitis is a condition in which the protective bursa of the hip joint becomes inflamed and painful. It affects adults, both men and women, and may affect normal function and movement. Treatments for hip bursitis include rest and rehabilitation, conventional painkillers, and steroid injections. Patients should limit excessive repetitive motion, avoid lifting or carrying heavy weights without proper distribution, and exercise the joint carefully. Regular training and conditioning (with decent rest periods) of the hip can help avoid bursitis. If pain from hip bursitis persists, and is accompanied by other symptoms, patients are advised to seek professional medical help to avoid more serious disability in the future.