What is a Coccygeal Nerve Block? 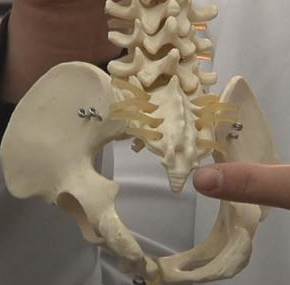 A coccygeal nerve block is a minimally invasive treatment for the management of pain that develops in the lower back, the coccyx (tailbone), and the rectum. Back pain is such a common condition that an estimated $50 billion a year is spent by people in the U.S. who suffer from conditions that cause back pain. The National Institute of Neurological Disorders and Stroke explains that patients only report headaches more often than back problems.

The actual source of back pain, however, may be difficult to identify. This may be distressing for both physicians and their patients. Sciatica, spinal stenosis, and herniated discs most often lead to pain in the back, while coccydynia, which is actually a condition that results in pain in the tailbone, is not diagnosed frequently.

An evaluation of a patient’s medical history as well as the use of diagnostic techniques and imaging assessments increases the chances of identifying the pain source, but this process does not always lead to an accurate diagnosis. However, specific symptoms such as dull, throbbing pain in the rectum is a good indication that coccydynia has developed.

How is a Coccygeal Nerve Block Performed?

Patients are asked to lie on their stomach before the procedure is performed and if severe pain is being experienced, a local anesthetic may be used to numb the skin. The needle through which the medication will be injected is inserted into the back while using an imaging device such as fluoroscopy. A contrast dye is initially injected in order to confirm correct placement and fluid distribution. After this process, a combination of steroids and an anesthetic are injected directly onto the sacroccygeal junction. The closer the medication is injected to the nerve roots, the longer the effects of the steroids will last. A coccygeal nerve block generally takes up to 15 minutes.

If a physician is able to accurately diagnose the pain source as the sacrococcygeal junction, performing a coccygeal nerve block can provide the patient with relief that starts shortly after the procedure. The Journal of Anesthesia has published several studies which explain that coccygeal nerve block procedures that are performed for the management of pain that develops after rectal cancer surgery are extremely successful in alleviating perineal pain. This type of injection can also be used to determine if a diagnosis of coccydynia was correctly made.

The coccygeal nerve block procedure is considered to be safe and it is minimally invasive. However, due to the insertion of the needle, there are certain risks such as bleeding, numbness, nerve damage, or an infection. 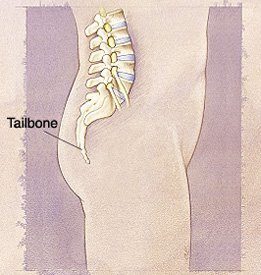 Understanding the anatomical structure of the coccyx (tailbone) helps describe the types of conditions that can be treated with coccygeal nerve blocks. The coccyx is located near the base of the spine, underneath the sacrum. The term coccyx refers to the Greek word for cuckoo. This word was developed because the cuckoo bird’s beak has a shape that is similar to a tailbone. The term tailbone was developed because the coccyx is a bone that is located at the end of the spine and resembles a tail. It is comprised of approximately three to five segments that are curved into a narrow peak at the end. The tailbone or coccyx mainly functions as a structure that bears the body’s weight as well as a point of attachment for muscles, tendons, ligaments, and nerves.

Coccyx pain, which is referred to as coccydynia, is typically described by individuals as throbbing pain in the higher portions of the rectum. The pain is the result of degenerating bones at the base of the spinal cord and it also tends to radiate into the lower regions of the buttocks and the back as well as the legs. Having poor posture or sitting for extended periods of time, places excess pressure on the coccyx and this can sometimes develop into coccydynia. Research indicates that pain relief may occur within minutes after receiving a coccygeal nerve block injection. If this is the case, it means that coccydynia was accurately diagnosed.

A coccygeal nerve block is a viable treatment method for lower back pain. Pain management specialists generally work closely with patients to determine if the source of pain is the coccygeal nerves, which may be the case if pain is felt in the tailbone.