What is a Superior Hypogastric Plexus Block? 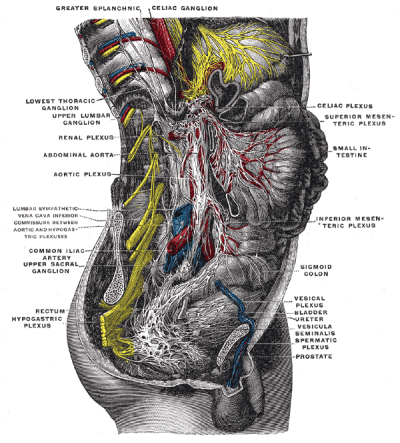 A superior hypogastric plexus block is a common treatment for people who suffer from tailbone pain or pelvic pain. The sympathetic nervous system includes the heart muscles, but it starts at the spinal column and extends to all smooth muscles and glands within the body. These nerves respond to any unexpected changes in the body that might be physical or environmental by transmitting signals that regulate essential biological processes. Even involuntary movements are regulated by nerves in this system. Patients who have persistent pelvic pain are typically treated with pain relievers and injections. If this form of treatment is not effective or causes harmful side effects, a physician may recommend a superior hypogastric plexus block.

Although the superior hypogastric plexus block is used to specifically treat pelvic pain, it is sometimes used when pain is felt in the upper limbs, back, head, and neck. The abdominal region and the nerves that surround it, including the pelvis and tailbone, is where the superior hypogastric plexus is located. When these nerves are blocked pain in the pelvic area is relieved.

How is a Superior Hypogastric Plexus Block Performed? 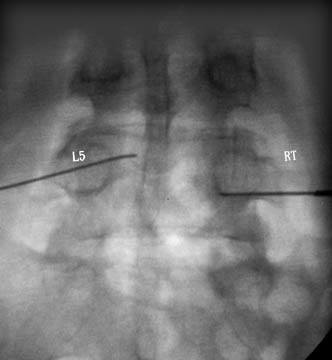 When performing a superior hypogastric plexus block, the physician will use an X-ray or a fluoroscope as a guide to insert the needle and catheter before the anesthetic is administered.Fluoroscopy is most commonly used because it exposes the patient and physician to lower amounts of radiation. Instead of injecting medication, sometimes a needle and electrode are utilized to administer heat that destroys nerve tissue in order to provide longer relief. This approach is called radioablation.

An anterior approach, in which a patient lies on the stomach; a transdiscal approach, in which the patient lies on the side; or a posterior approach that involves lying on the back, may be utilized to perform the nerve block. The most commonly used approach is the posterior method because the needle is inserted in the region under the spine close to the buttocks. This approach has the lowest rate of complications such as injuries to the arteries, veins, nerves, and spinal discs.

Reports indicate that the following conditions which cause pelvic pain can be successfully treated with a superior hypogastric plexus block:

Patients suffering from pelvic pain that developed because of cancer or a radiation injury to the nerves have reported that undergoing this procedure led to a significant reduction in pain. This treatment also allowed many patients to lower the dosage of the pain relievers they were taking (e.g., morphine), while improving their overall well-being and mobility. Some patients who received a superior hypogastric plexus block still experienced the complete alleviation of pain at a two year follow-up visit.

Refractory penile pain and endometriosis-related pain are also effectively treated with this approach. Furthermore, patients who were previously taking antidepressants or pain relievers usually do not need to continue taking the medication or can significantly lower their dosage.

The superior hypogastric plexus block provides patients with rapid pain relief that begins approximately 24 hours after they receive the treatment and the effects last for long periods.

A superior hypogastric plexus block is a treatment method for pelvic pain. It is minimally invasive and does not require surgery. It involves injecting either an anesthetic or a substance that destroys nerve tissue to reduce pain. This procedure is typically used to relieve pelvic pain that is caused by conditions that develop in the genitalia and reproductive organs, radiation injuries to nerves and muscles, and several types of cancer (e.g., ovarian, cervical, testicular, and prostate cancer).

This type of nerve block is often recommended if patients have taken pain relievers that were ineffective or caused unbearable side effects. Some patients have reported that their pain was completely alleviated and did not return even at a two year follow-up. Others have been able to take a lower dose of medication or stop taking it altogether.